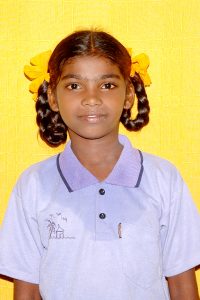 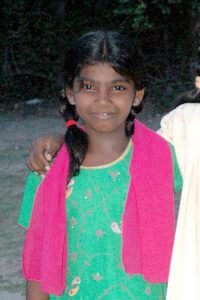 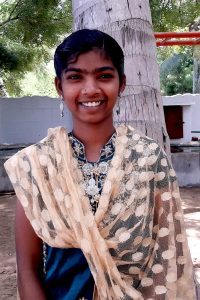 When Fradila’s mother committed suicide, her father took a new wife, who mistreated and abused Fradila and her brother. The children were eventually sent away to live with their grandmother in her small thatched hut, which leaked terribly in the rainy season, despite their best attempts to cover it with tarpaulin sheets. Unfortunately, their elderly grandmother was unable to earn enough to support the two children and their father would have no further contact with his children, so they came to Joy Home.

Fradila was a sweet 10-year-old when she came to Joy, and flourished in our loving, caring environment. She finished high school, higher secondary school and college and is now studying for a course in computing, which will give her the IT skills needed for high level jobs in India. 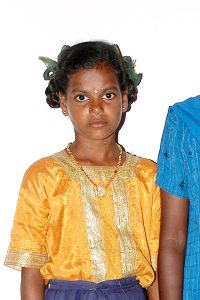 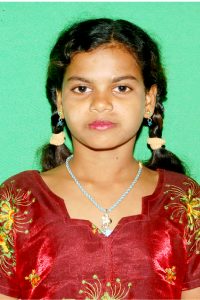 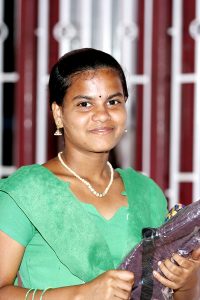 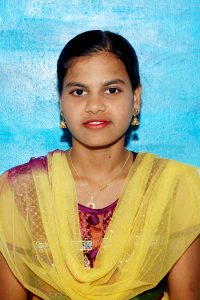 Sandhya and her family were already living in extreme poverty when the tsunami hit in December 2004, destroying their small thatched hut and killing Sandya’s brother. After this, Sandya’s parents’ mental health declined such that her father died and her mother could no longer care for her four daughters. Effectively orphaned, Sandya’s oldest sister was forced into marriage to a relative, in the hope that he would care for all four children. Instead, the three younger sisters were left with nothing, and the oldest of them, only 16 at the time, was forced into work as a labourer. Eventually, unable to support her two younger sisters on a meagre wage, she brought them to Joy Home.

Sandya was 12 years old when she and her sister Sabeena arrived at Joy. They were both lovely, smiley girls, though it took them years of love and support to heal the trauma of their childhood. She flew through high school, secondary higher and college, and has now completed a Bachelor of Commerce, which has enabled her to get an excellent job on a good salary. 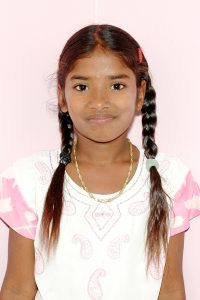 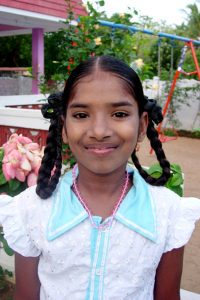 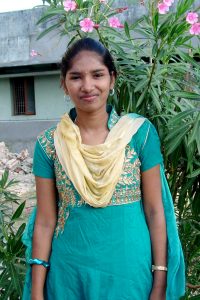 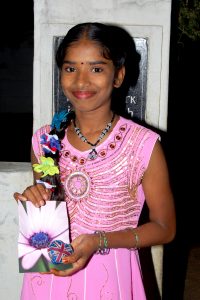 Aarthi grew up in extreme poverty with her sister, mother and father in a small hut by the sea, without any lights, doors or proper flooring. The family were reliant on their father’s work as a fisherman, going out on a small kattumaram, a basic boat made from logs tied together. When the tsunami hit, Aarthi’s father just managed to save his daughters from the waves, but their mother was tragically killed. The family lost everything they had and, subsumed with grief, loss and hunger, Aarthi’s father brought his daughters to Joy Home.

Arriving at Joy aged 7, Aarthi was met many other children who had lost their loved ones in the tsunami and, by speaking about her experiences, she was able to recover from her traumatic start in life. She grew up surrounded by the love and support of all those at the home. A bright, dedicated student, she has recently completed college and is excited about her future.